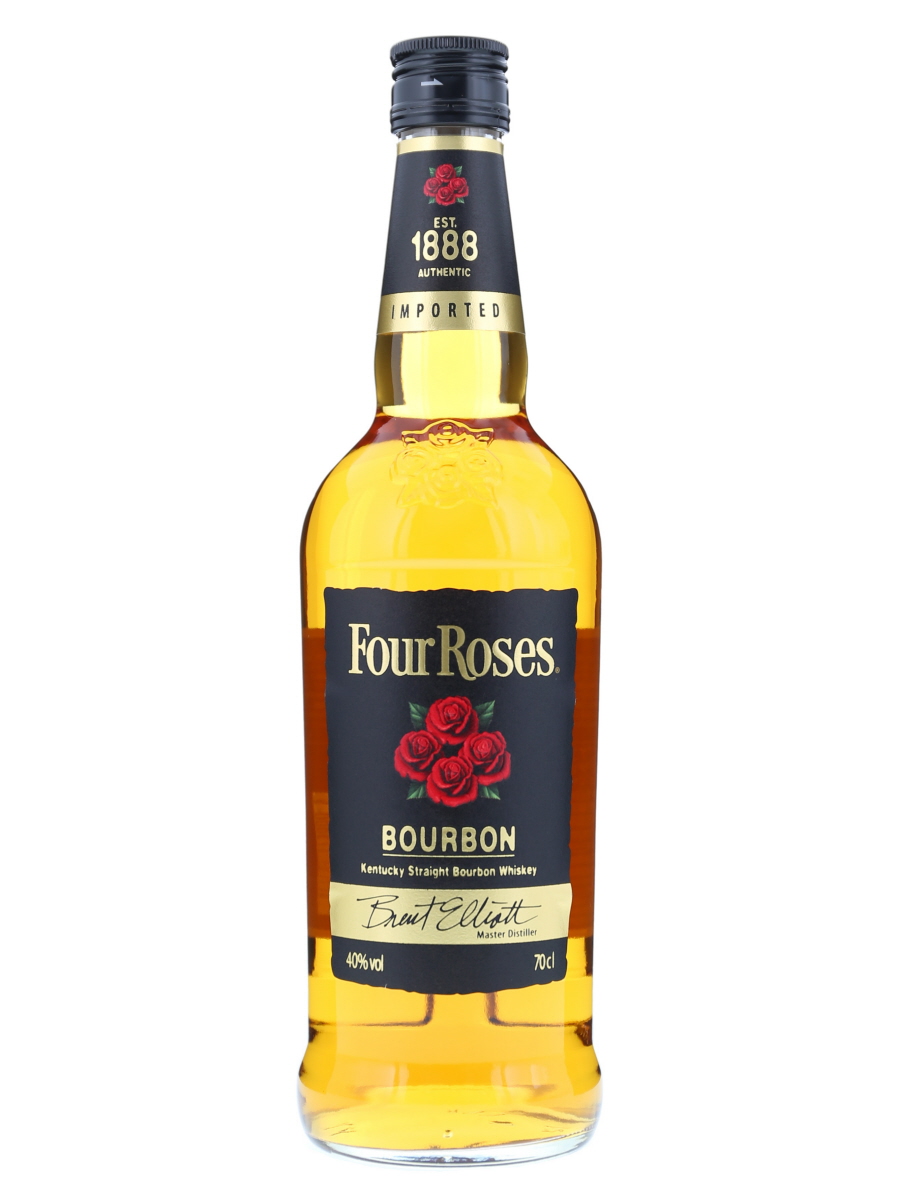 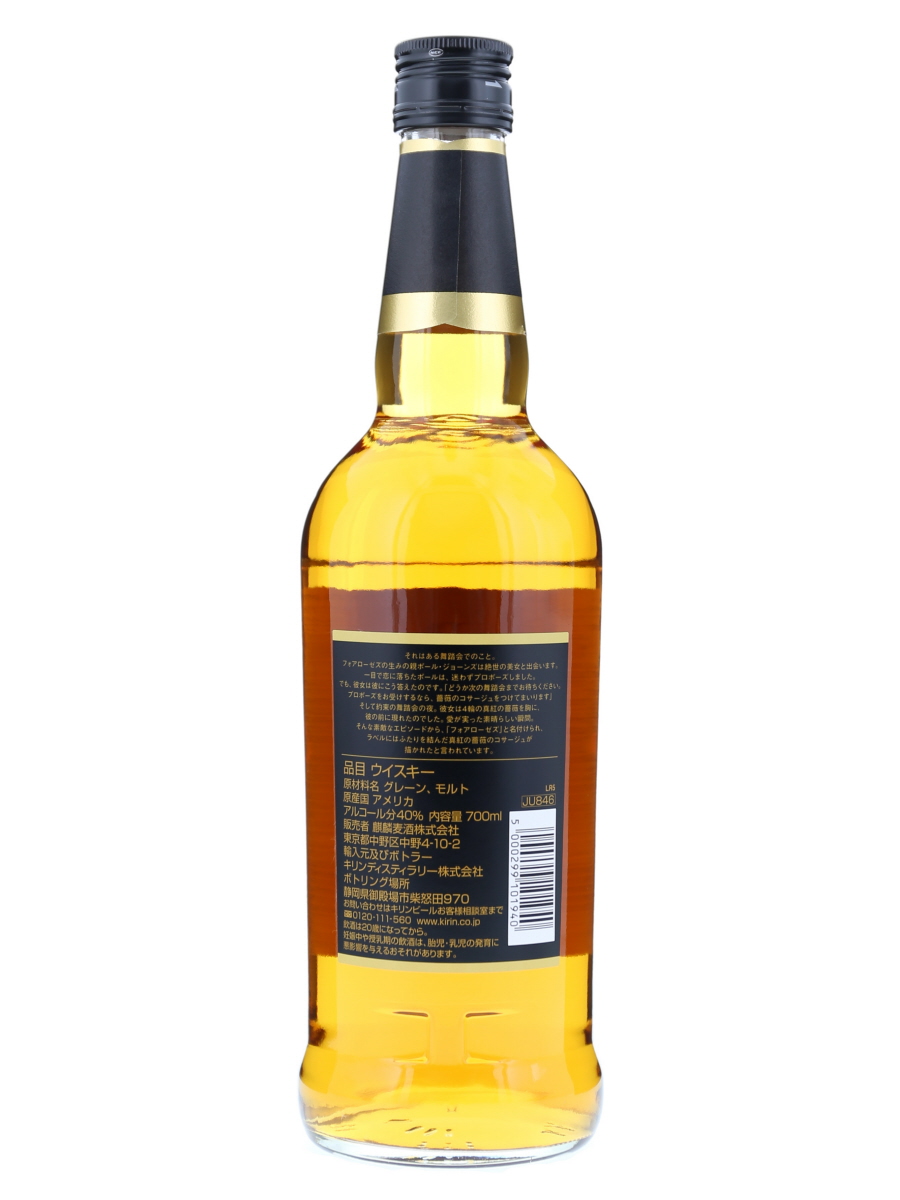 We would recommend viewing / close inspection with image prior to placing an order. For all the information on the product, the content of the image takes precedence over the text information.。 In addition, we can not give images related sediment and sediment. Otherwise bottle will be be sold as seen in the images. Please note: Due to the various ages of bottles or label and their seals, condition of liquid is at the buyer's discretion and no claim can be lodged against failure / leakage /Cork deterioration in transit.

If you exceed the limits below, please place an order in multiple times.

import to your contry the same day

EU:Switzerland / Sweden / Italy: Up to 3 bottles

At this time the brand was produced by Seagram who, preferring to promote
their Seven Crown as the whiskey brand of choice in the US, limited Four
Roses as a straight bourbon to the export market.
US customers had to make do with a blended "light" whisky variant until the
brand was acquired by Kirin in 2002, who re-introduced it to its native market.

The origins of the Four Roses brand are historically hazy, with some speculating

that it has been sold since the 1860s. The brand name itself was trademarked in

1888 by the Paul Jones company. At the onset of Prohibition, Paul Jones purchased

the Frankfort Distillery, reorganising their company as part of it in order to use its

Brown & Sons. Known back then as the Old Prentice, it is one of the Kentucky distilleries

It was re-opened in 1933 after the repeal of Prohibition, Seagram purchased the Frankfort

Distillery in 1943, and the Old Prentice distillery three years later, moving the production

on the Four Roses brand there, renaming the plant after it in the process. When Seagram

was wound up in the early 2000s, the distillery and its brands were bought by Japanese firm,

Kirin, who continue to produce Four Roses to great acclaim.


At this time, Seagram preferred to promote their Seven Crown as the whiskey brand of choice

in the US, limiting Four Roses as a straight bourbon to the export market. US customers had to

make do with a blended "light" whiskey variant until the brand was acquired by Kirin in 2002,

who re-introduced the straight bourbon to its native market.

When in the caese you buy Old bottles, please confirm condition note as following.

Box : If you can see box at product page as image: these items have box.

However If you can not see box at product page,these items are without box.

condition or free from wear and tear,imperfections or the effects of ageing.

Also at the moment this bottle does not appear to be leaking.

that old corks and closures will not leak in transit.

Cork caps on old bottles are aged and may break when opened.

If the cork breaks when opened, you can not return it

Please accept the risk when purchasing the old bottle yourself. Please fully understand the above matters before ordering.